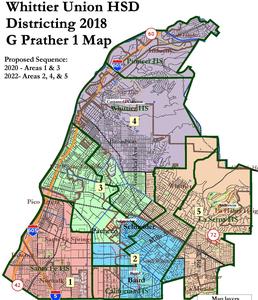 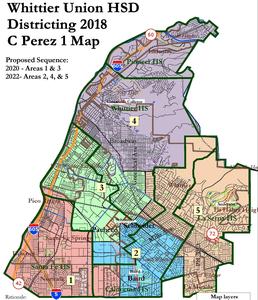 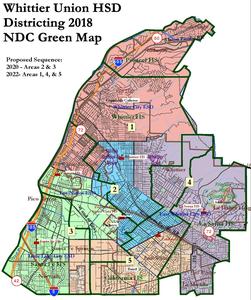 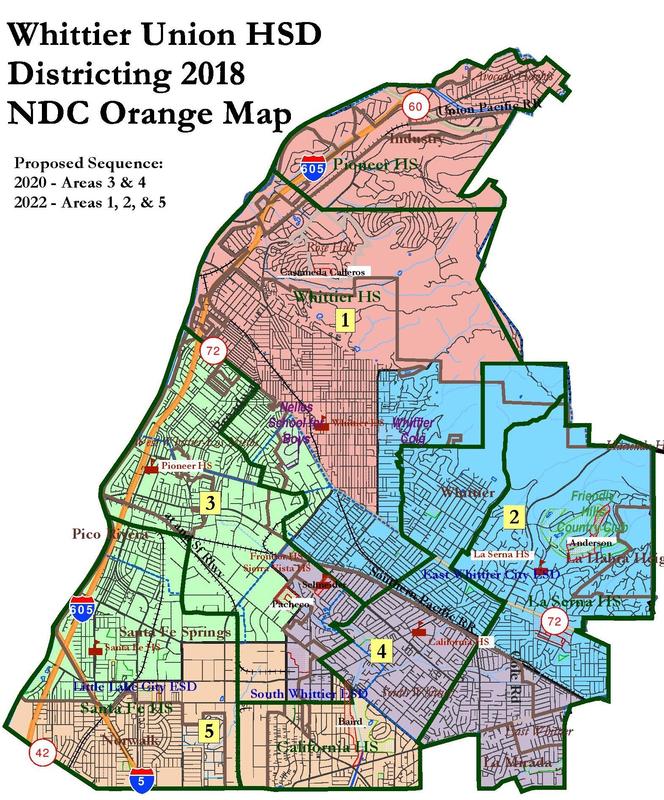 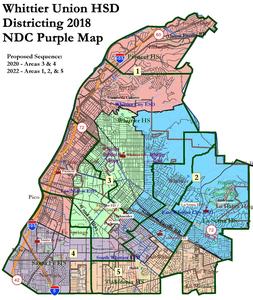 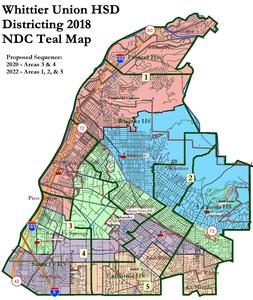 Whittier Union High School District has released an additional community draft trustee area map – G. Prather 1 – for the community to review and comment on as it moves toward shifting from at-large elections to by-trustee area elections. A total of six maps are available for review.

Beginning in November 2020, residents will vote for a single Board of Trustees candidate residing in their newly drawn trustee area, usually one-fifth of the entire district.
Four maps – NDC Green, NDC Orange, NDC Purple and NDC Teal – were developed by professional demographers based on comments from public hearings and community workshops.
Two maps – C. Perez 1 and G. Prather 1 – were submitted by community members.
The public may submit input regarding any of the six maps and how the trustee areas are divided.
The draft maps and comment boxes are available at the five comprehensive high schools, District office and at the WUHSD District Formation Process website.
The Board anticipates narrowing the number of maps during its 7 p.m. meeting Jan. 15, 2019.

The Board of Trustees expects to select a final trustee map during a special meeting at 7 p.m. Feb. 19, 2019. The approved map would then be presented to the Los Angeles County Committee on School District Organization, likely the following day.
As part of the process, which began in October 2018, the District has hosted six community open houses and several meet-the-demographer sessions to ensure optimal public participation and engagement.

For more information on the district formation process, visit www.elections.wuhsd.org.