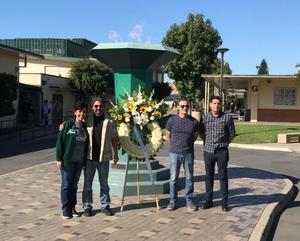 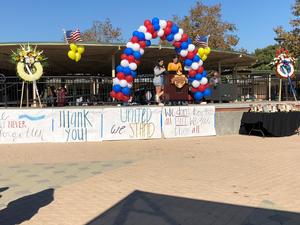 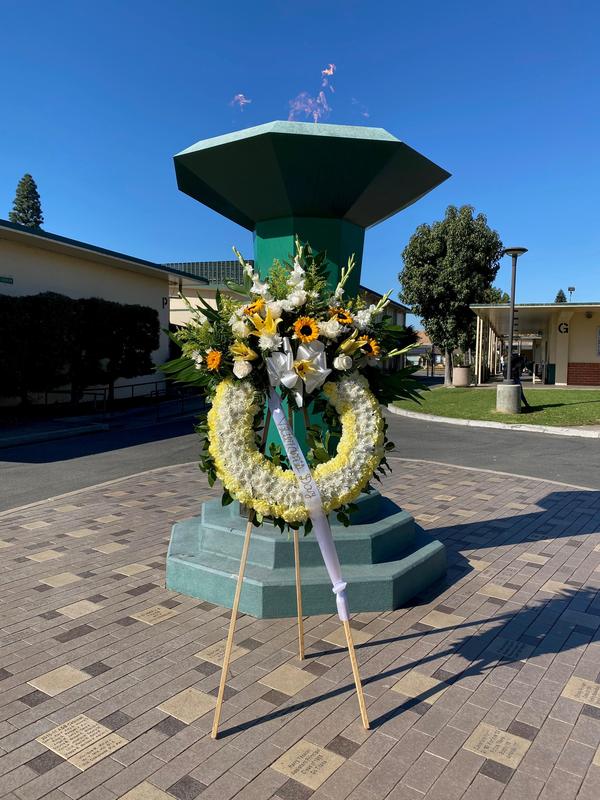 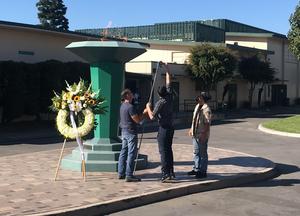 Pioneer High School students gathered for a special ceremony honoring staff who have served in the armed forces and remembering members of the Titan family who died while serving their country during a Veterans Day ceremony on Friday, Nov. 8.
The ceremony featured remarks from school officials and students, patriotic performances and recognition of a group of revered veterans, who lit the school’s iconic Titan Torch.
Among those recognized were Glibert Angelo (maintenance), Frank Canales (security) and teachers John O'Brien and Damien Torres.
Participants also laid wreaths at the school’s two monuments: a stone monument donated by the class of 1970 that sits next to the flagpole in front of the school and a monument inside the campus, which was donated by a Titan football booster parent.
Honored were Pioneer High School alumni killed in action in Vietnam: Hugo Bocanegra, class of 1965; James Eisman, class of 1964; Dennis Fuller, class of 1966; Pedro Hernandez, class of 1966; Danny Rundle, class of 1965; and Mark Thirkettle, class of 1964. The soldiers included star athletes, a thespian and an ASB president.
Also honored were U.S. Marine Salvador Guerrero, class of 2004, killed in Iraq in 2006, and Joseph Cruz, killed in Afghanistan in 2005. (