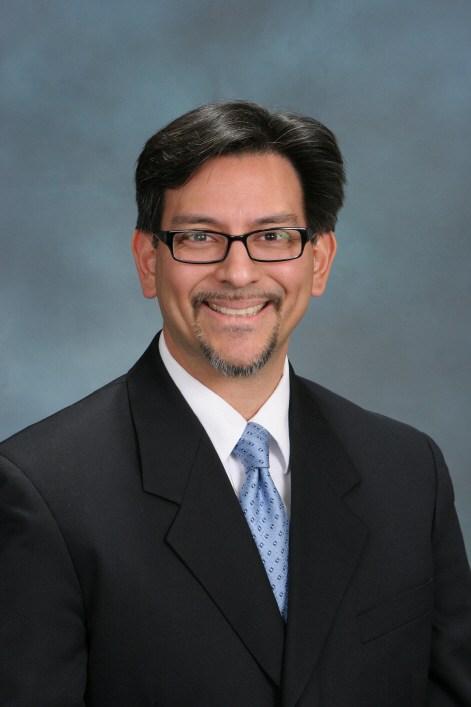 A product of local public school districts, Russell graduated from California High School where he served as ASB President. Russell holds a B.A. in political science from Stanford University, an M.P.P. from the John F. Kennedy School of Government at Harvard University, and an Ed.D. in educational leadership for social justice from Loyola Marymount University. Russell has dedicated himself to a career in higher education to help create educational opportunities to others that he was offered as a student.

Russell currently serves as the Director of Government and Community Relations at Río Hondo College. He has also served as an adjunct professor of political science for the Los Angeles Community College District. Before arriving at Río Hondo, Russell worked for Loyola Marymount University as a campus minister for community service, and worked for Congressman Xavier Becerra in his Los Angeles district office as a special projects coordinator.

Russell has been a Whittier resident for over 45 years. An advocate of public service, Russell has volunteered his time for the Interfaith Food Center, Whittier First Day Coalition, the Whittier Cultural Arts Commission, and the Hispanic Outreach Taskforce. Russell is married to Maria Castañeda Calleros and has embraced the shared vocation of raising three children: Abram, Grace, and Selah. All three children are currently attending Whittier High School. The Castañeda Calleros family remains active with St. Mary of the Assumption Catholic Church in Uptown Whittier. 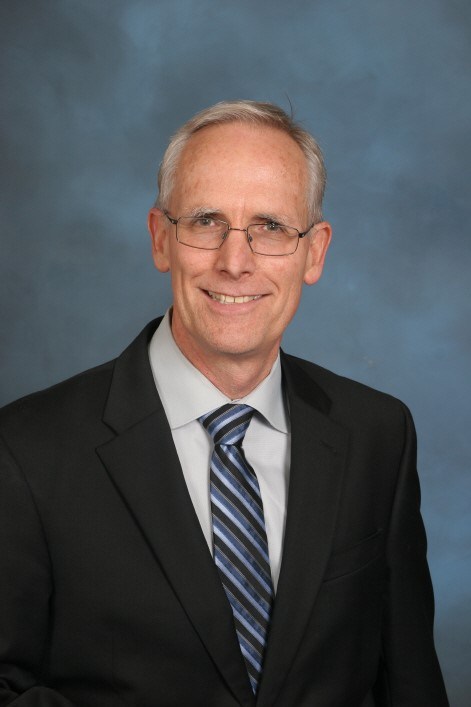 Mr. Baird's service as a Trustee is motivated by his deep belief in the essential role played by public schools in our American democracy. 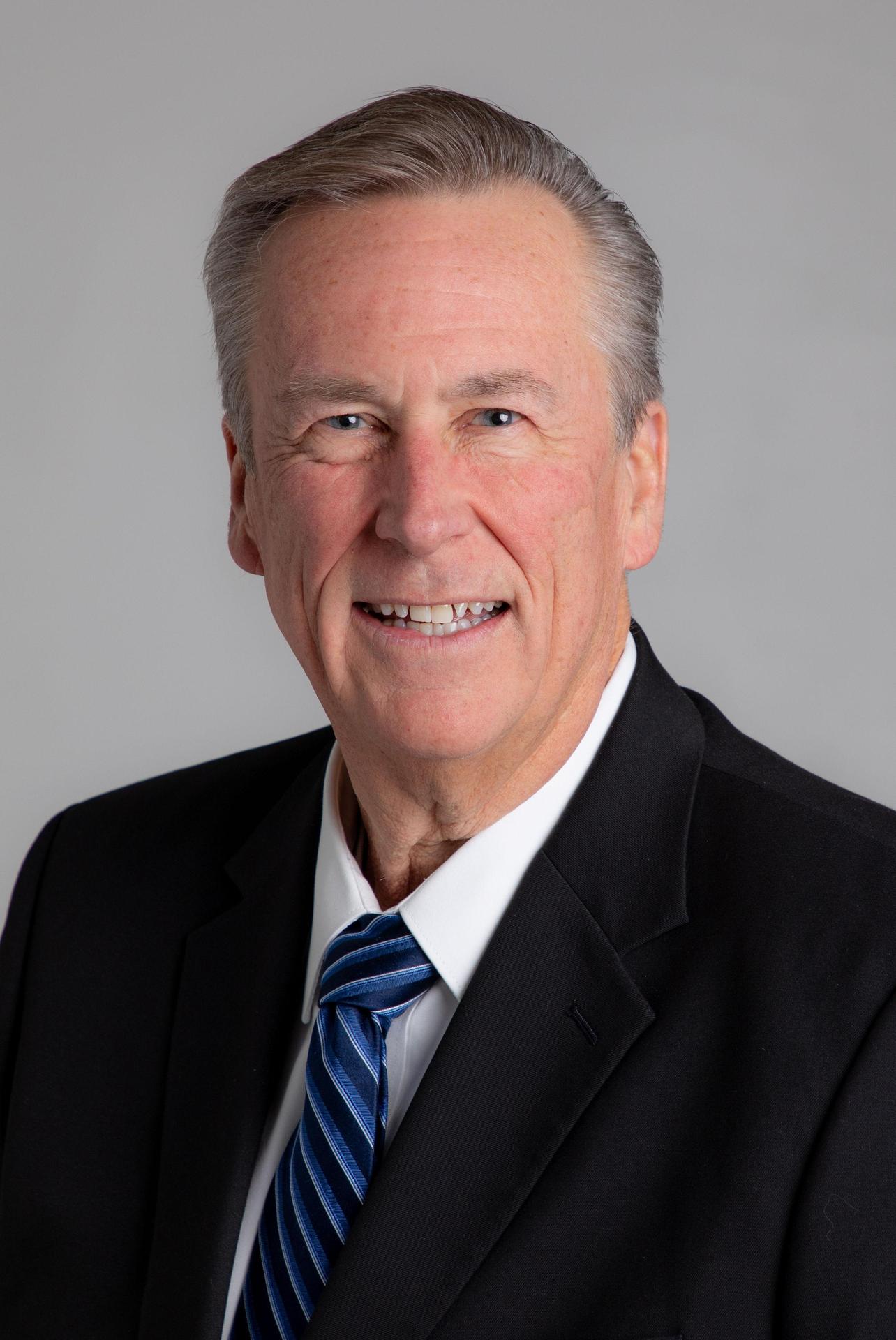 Leighton M. Anderson has been a member of the Board of Trustees since 1997. He and his wife, Diane, are the parents of three children, all of whom attended high school in the Whittier Union High School District. Their daughter, Courtney, graduated from the District in 2002; their older son, Jason, graduated in 2006; and the youngest, Brian, graduated in 2008. Diane, too, is active in school activities, and still volunteers her time at one of the District's high schools.

Mr. Anderson is an attorney and a partner in the law firm of Bewley, Lassleben & Miller, LLP, in Whittier. He is a former President, and serves on the Board of Directors, of the Rio Hondo Symphony Association, which provides admission-free classical music concerts to the Whittier, Santa Fe Springs, and Pico Rivera communities and the surrounding area. He is a past President of the Santa Fe Springs Chamber of Commerce and he is currently serving as a member of the Board of Directors of the Whittier Area Chamber of Commerce.  His many non-profit affiliations include the Whittier First Day Coalition, the Pasadena Tournament of Roses Association and Lions Club International. He is an elected member of the Delegate Assembly of the California School Boards Association (CSBA) and is an appointed member of the Education Legal Alliance. He was previously appointed to serve on the Cities, Counties and Schools Partnership Task Force on State Budget and Fiscal Reform, representing a joint committee of CSBA, the League of California Cities and the California State Association of Counties, and has been a member of the Board of Trustees of the Tri-Cities Regional Occupational Program (Tri-Cities ROP) and on the former Redevelopment Agency Successor Agency Oversight Boards for both Whittier and Santa Fe Springs. 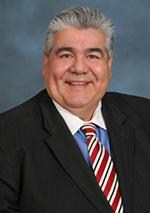 Ralph S. Pacheco has been a member of the Board of Trustees since 1991. He and his wife, Deborah, are the parents of three children, and nine grandchildren. Their three adult children all attended the Whittier Union High School District. Deborah is an active participant in schools and has served as an elected member of the South Whittier School District Board of Education (2001-2009).Dr. Pacheco has also served for seven years as a Governing Board Member (1997-2004) of the Tri-Cities Regional Occupational Program (Tri-Cities ROP).

Dr. Pacheco has been an Ordained Minister (Pastor, First Christian Church International) in the Whittier community for many years. He is a co-founder and past President of the Whittier County Community Coordinating Council, Inc., (a 501c3 Non-Profit California Corporation), and Past President of the South Whittier Community Education Foundation. In 1987, Dr. Pacheco established his secular business; Professional Resources Network, LLC, an Educational and Management Consulting firm based in Whittier, California.

In 2008, Dr. and Mrs. Pacheco founded the Leadership Capacity (LC) Foundation, Inc. (CA Non-Profit Faith based Corp.) to expand their service to the faith and educational community in California supporting community development and education projects; i.e., women's homes and shelters, professional training conferences and seminars, coaching and mentoring services, ministry programs (e.g., food distribution), mission trips across the nation and around the world.

Dr. Pacheco has served on many distinguished Civic, College and Community Service Agency Boards and Commissions over the past 35 years.

Dr. Pacheco is a former elected Trustee of the Rio Hondo Community College District (1987-1991) and retired from his seat on the College Board when he was elected to the Whittier Union High School District Board of Trustees. Dr. Pacheco taught as an Adjunct Professor/Biblical Studies, Regency Bible College (1996-2003).He presently serves as School Master of the Leadership Bible Institute. He was awarded his Doctor of Divinity (D.D.) Degree in 1997 from Vision International University. 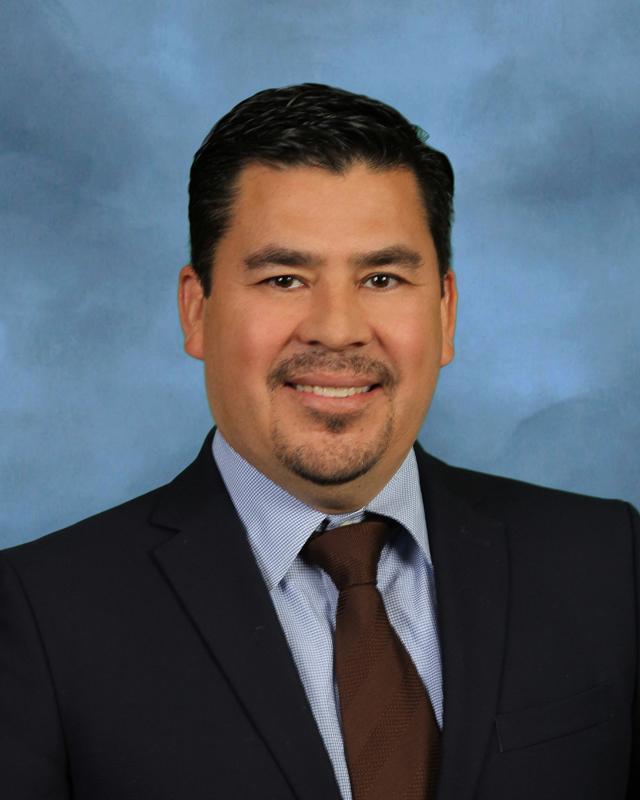 Mr. Jaime López was elected in November of 2020 to represent Trustee Area 2 of the Whittier Union High School District. Mr. Lopez was the first in his family to attend college earning a Bachelor’s Degree in Government and Spanish from Cal State Sacramento.  He also holds a graduate degree in Public Administration from Cal State Long Beach.

Mr. Lopez is a public employee for the City of Santa Ana in the Community Development Agency.   He serves as an appointed member to the Río Hondo College Measure A Citizens Oversight Committee and was a member of the California High School Site Council.

Jaime and his wife Vanessa, an elementary school teacher, are the proud parents of two Whittier Union High School District students. He is committed to enhancing educational pathways for the youth in our community.

To relay a message to any of the Board Members, please email [email protected] or via telephone at (562) 698-8121 Extension 1000 in the Superintendent's Office.